I like to play with obsolete, unusual, rare, and home-made cameras.

Film is simply a preference - I like the process in addition to the product. Nothing here is new - just my variation of processes that are approaching obscurity. 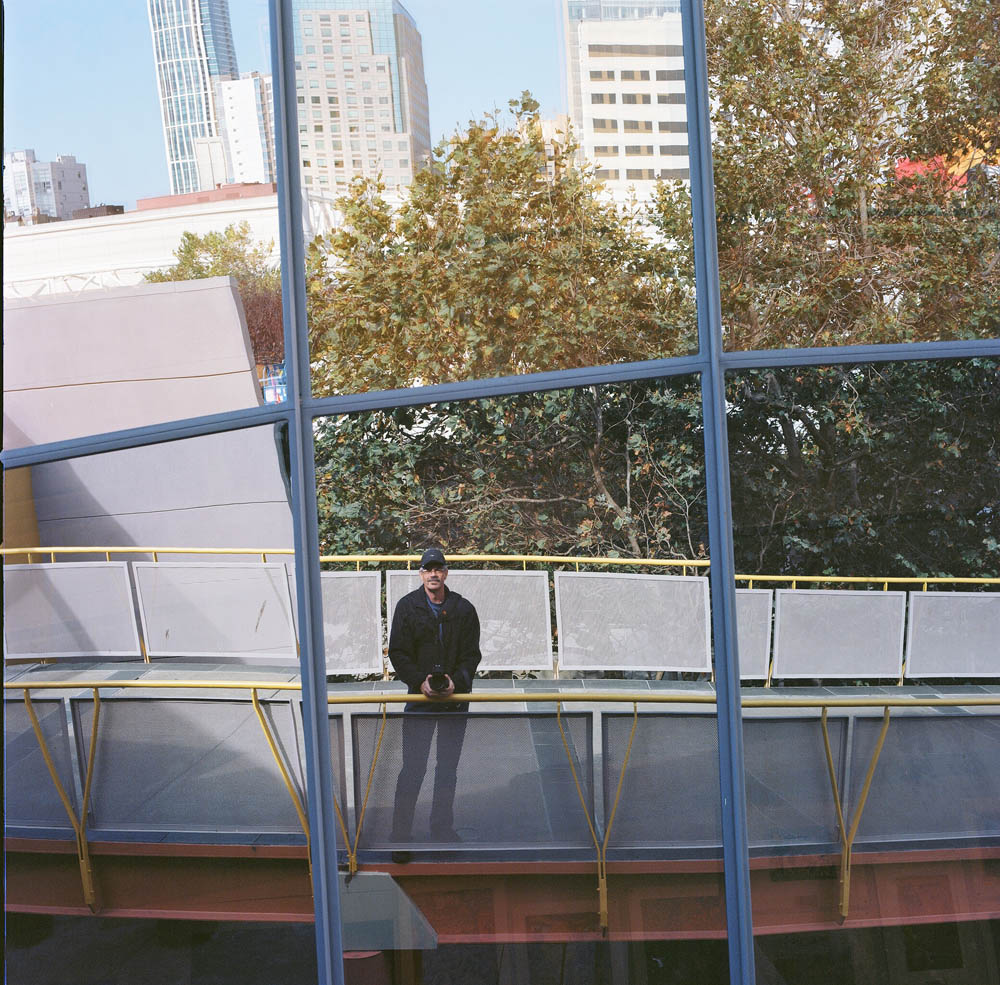 
After allowing five years of dust to settle upon my large format equipment, I was inspired to dig it out. I was visiting the Naper Settlement in Naperville, Illinois. http://www.napersettlement.org/

I noticed a person with a large format camera, demonstrating a wet-plate photographic process. Photographically anachronous to the extreme. He noticed that I was carrying a film-based camera, and offered to make a tintype portrait. 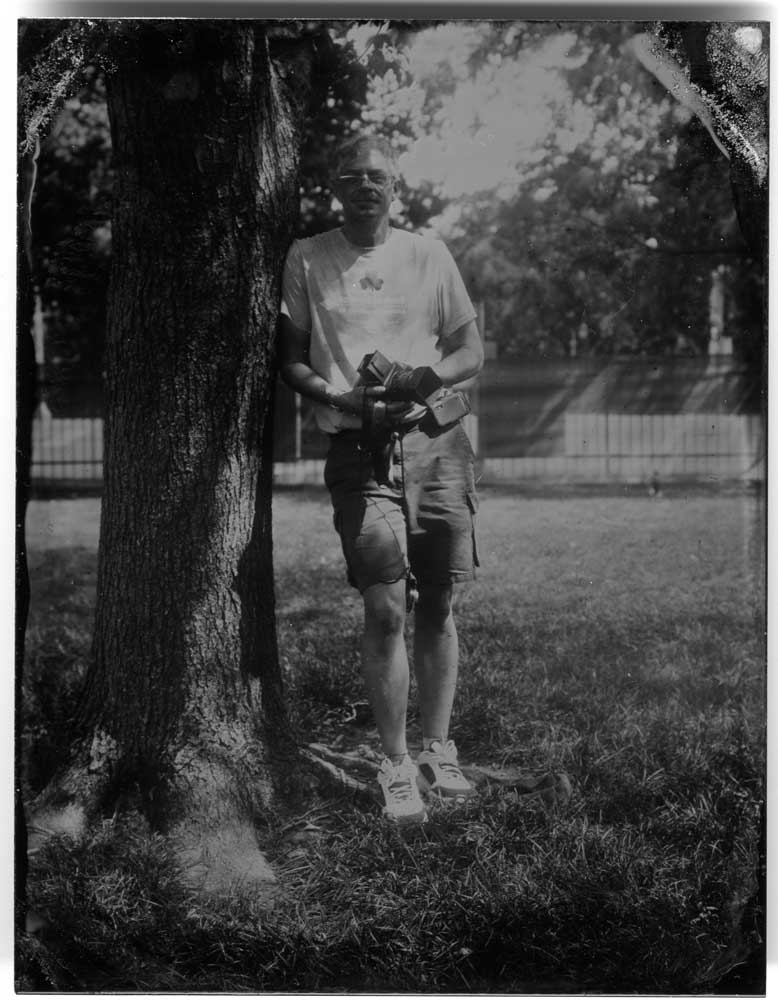 The process reminded me of why I got into large format photography in the first place. I was fascinated by the wet-plate process - the aroma of chemicals, the portable lab required, and the smoking tin plate that phuphuphnik gingerly held - creating small burns on his fingers as a chemical was poured onto the plate to complete the image. I'm not going back quite that far with the imaging concept. PBS has an interesting explanation of a wet-plate photographic process. http://www.pbs.org/wgbh/amex/eastman/sfeature/wetplate.html

The Mezzanine - Straight Up

These two images are from the same camera, of Chicago's James R.Thompson Center. They are not computerized manipulations - the images are to medium format film. Note the degree of abstraction - The Mezzanine - Straight Up is relatively distortion free, compared to The Mezzanine - Rolling. A future post will explain, and explore the possibilities of the Abelson Scopeworks Omniscope.

The large format cameras offer the possibility to create abstractions of a different sort - they can alter the convergence of vertical lines. This can be useful for architectural imagery. 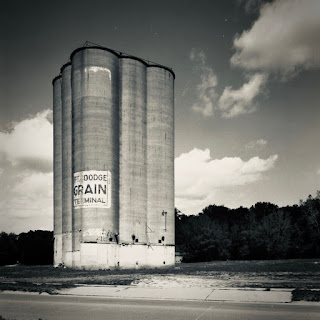 Note that the sides of the terminal are nearly perfectly vertical - without the expected convergence. Normally, the top of the structure would appear narrower, as the camera is tilted upward slightly. It would appear that way to our eyes as well - yet the camera alters our expected view of this structure. It is an abstraction as well. Imagine the degree of abstraction possible with the anamorphic Omniscope...

When I first started to play with cameras, I painstakingly followed the rules and learned the proper way to compose an image. Just exactly perfect - to the degree possible, anyway. The process was worth enduring. Once you understand the proper way to make an image - sensible, and almost, just exactly perfect, you can purposefully use abstractions in creative, appealing ways. Distortions are inherent in any image, with any camera, lens, film, process, or digital process.

I started to explore the subtle distortions. I started to break the rules - pushing those buttons, twisting those dials, and doing those things that they say you shouldn't touch, adjust, or even think about touching or adjusting. And it became addictive. Future posts will delve into the stronger abstractions- cameras without lenses, and bending the film and paper.

I now wish to explore techniques that are on the opposite side of my usual abstractions. A recent photographic exhibit at the Graue Mill http://www.grauemill.org/ featured some spectacular photographs. I was drawn to several macro flower images - spectacular little portraits. I started to think about the possibilities using my large format camera for some flower close-ups. Once some of my recent exposures come back from the lab, I'll post a few images and describe the process used to attain the results.

Until then, here are images of the large format macro setup that I used. 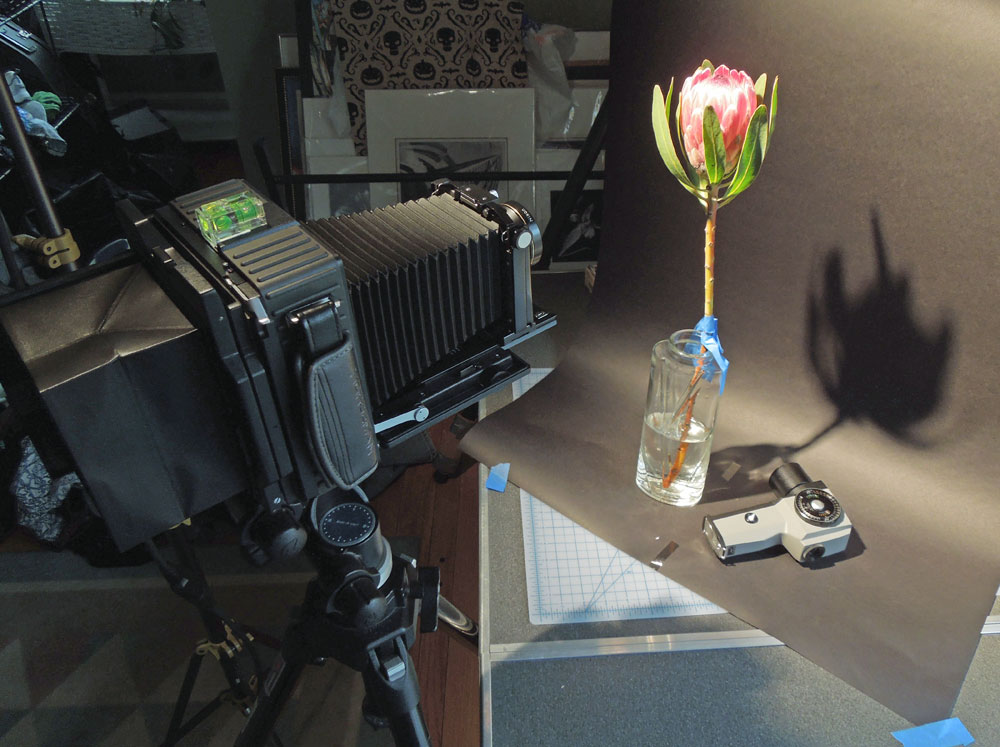 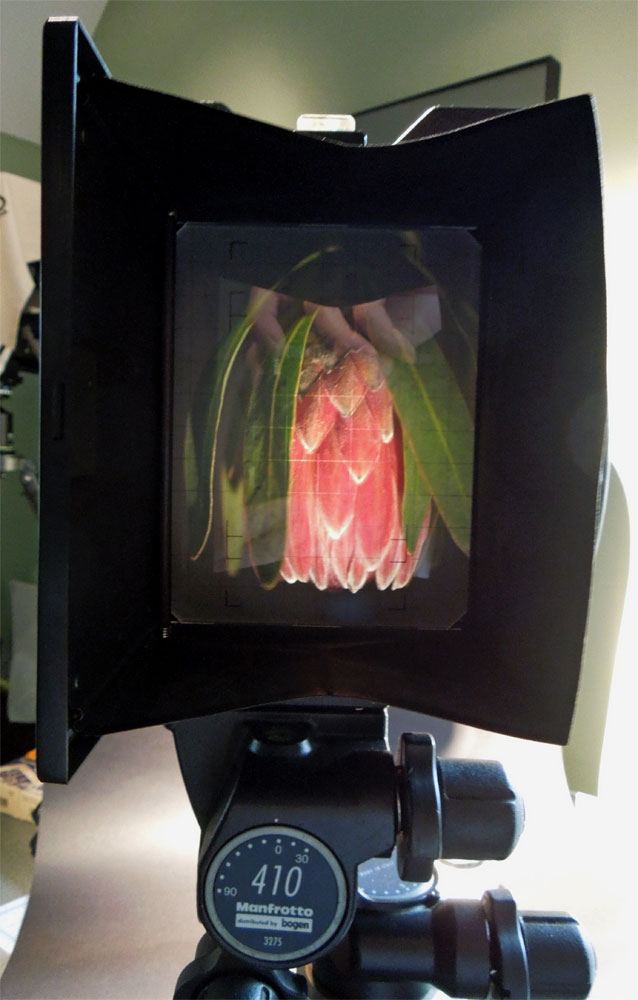 Through the Ground Glass

The goal is to expose the negative (Ilford FP4+) such that the background is black. It would be easy to make a simple exposure reading - then use a photo editor to manipulate the result. Fix it in post? Too easy. This is a great exercise to understand exposure, characteristics of the film, lighting, and the artistic components of the result. This knowledge is applicable to modern imaging techniques as well. Implications of lens choice, exposure compensation, geometric and perspective properties allow numerous choices for the end result - an appealing, memorable image. 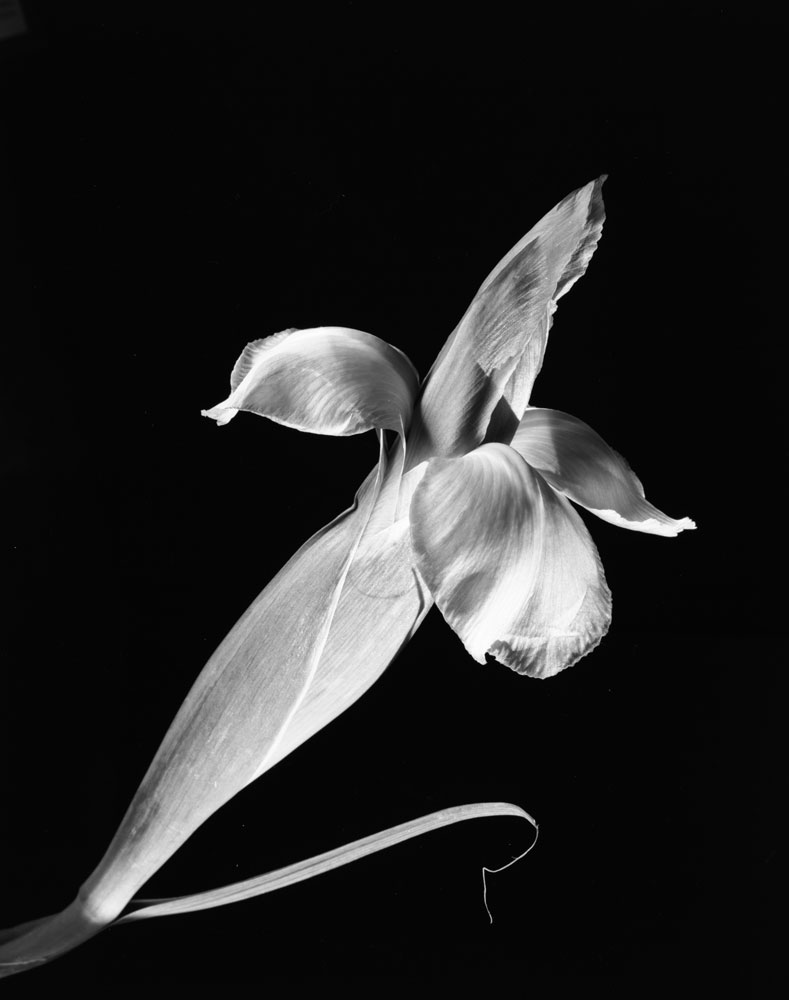 The iris was the first attempt at large format macro photography. In terms of large format imagery, a macro image is near the range of 1:1 - image to film. Don't look for those amazing images of dragonfly eyes or other tiny subjects.

If you have an interest in the restoration of old radios, please see http://anachronoustechnology.blogspot.com/﻿
﻿